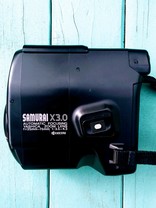 Background
I don’t even know why I wanted this camera. In fact the first couple times I heard about it, I scratched my head why??? Why get a half frame that’s that big and bulky? Why does it shoot horizontal instead of vertical? Why would I want a auto everything camera? Why would I want to look like a tourist carrying a vintage camcorder around? I saw some great images from people like @ukraniansensation @sophiejdalston @tiaurrea @thompawl @the_film_feed @renaldyfk and @heroinsamuraii, just to name a few. But I still didn’t want anything to do with one.

​Then a light dawned on me. I had an email conversation with Mike Eckman (check out it is website if you want to disappear into a black hole of camera knowledge). He asked me if I featured half frame 120mm photography? To which I replied: What the f*** are you talking about? But little did I know, that 6x9 is the native format for 120mm film and 6x4.5 is half frame. My head exploded, it made perfect sense, but I had no idea. All of the sudden I realized, I could shoot test shots on a half frame for my 645 medium format camera (Mamiya 645 1000s, lovely camera but I digress). In order to mimic the horizontal orientation of my Mamiya I would have to turn my Olympus Pen sideways, something I rarely do. My mind immediately jumped to two cameras the Agat 18k and Yashica Samurai, as they both shot horizontal images by default. Around the same time I had some read some reviews on the the Yashica Carl Zeiss connection and was pumped on Yashica T* cameras. Also about the same time, I had received some shots from @londoncameraproject that got me turned on to the idea of date stamps. Within a few days I had a Yashica Samurai with a date stamp on the way via eBay. Kismet. 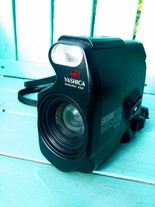 First Impressions
When I got the first camera the first thing I thought was “ Holy F*** it’s a zoom too!”  I really had no idea before I bought the camera, I just assumed it was a fixed focal length My next surprise was what I thought was a coupled viewfinder, but it turns out the camera is an SLR. What!? Then I realized the lens accepts 49mm filters (not some crappy 43.5mm filter), so I already have a boatload of filters. Mind blown again. I loaded up some Fuji Superia 400 to test out the camera. I put a piece of electrical tape of the DX coding, so it would default to 100 iso because I would rather overexpose color negative film. I grabbed a circular polarizer too, because that’s just how I roll ( actually it’s because I live on the beach and there is a lot of sun this time a year, so a polarizer can make your images pop a bit more if you know how to use it) 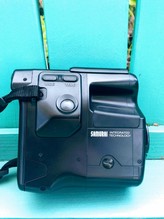 Shooting Experience
The shooting experience is pretty simple. Maybe too simple. I ripped thru a roll of film (74 shots in total) in about 72 hours, which is pretty quick. I usually shoot 4-5 rolls per month, but full auto everything promotes fully wasting film. Since it’s an SLR composition is simple. I rarely used the zoom and instead just shot most everything at 25mm (35mm full frame equivalent) which is a little wider than I am used to. In fact, I generally avoid 35mm as a focal length because I have to get so close to my subject but in The cameras feels pretty good in the hand despite it’s awkward appearance and I found myself integrating seamlessly into it’s vibe with relative ease.Half Frame it’s ok. The autofocus was reasonably quick, until I started fiddling with the polarizer which gave the system a conniption fit. Eventually I discovered that it was easiest to set the focus, hold the shutter button halfway and THEN adjust the polarizer. Still despite this, I lost a handful of shots because they were horribly out of focus. I shot a few candid portraits in low light just to see how the flash worked. It struggled sometimes, and I definitely lost a few moments while the auto focus fished around but the camera made people come alive. They all wanted to know what the hell it was and they were eager to have their picture taken, which is not always the case. Anyways, I took the roll into my local lab and one of the best labs in the world, NCPS. I crossed my fingers and waited to get the scans back.

Here is where I was blown away. The image quality is insane with this camera. Fuji Superia 400 is not incredibly low grain film, coupled with a Half Frame it can be almost too grainy. But the lens on this Yashica has a little magic up it’s sleeve. The images are clear, crisp and saturated. They even have a little of that elusive 3D pop I year people yammering on about. I could not have been more pleased. There is this weird vignetting thing at the bottom of many images, but I actually find this rather endearing and believe I can make this work with my images when composing them. My Pen as much as I love them, do not produce images quite like this….

Despite these faults in a few images, I was eager to give the camera another go. I immediately ran a roll of TMax 100 thru it followed by a roll of Ektar. Here are a few samples. I am looking forward to sharing the results from these next rolls and seeing what results from it. 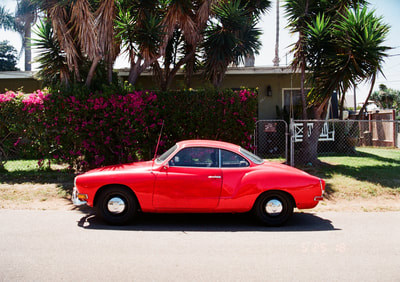 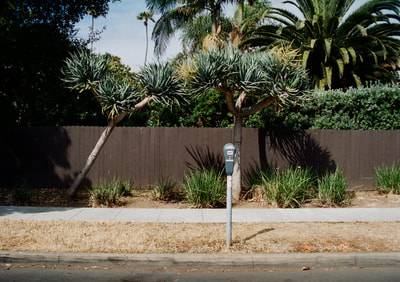 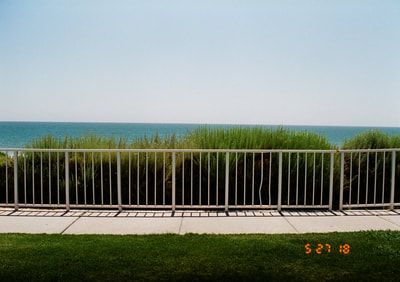 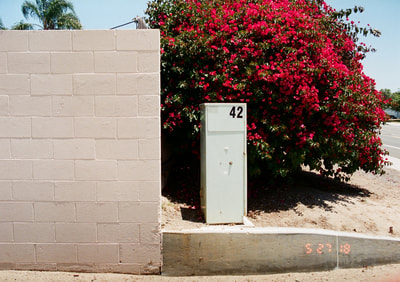 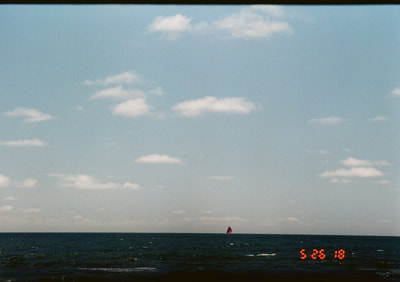 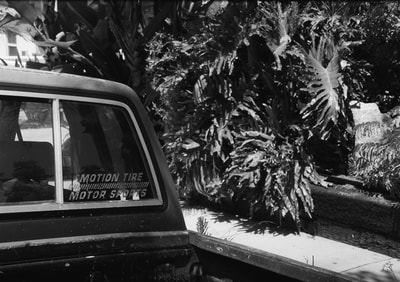 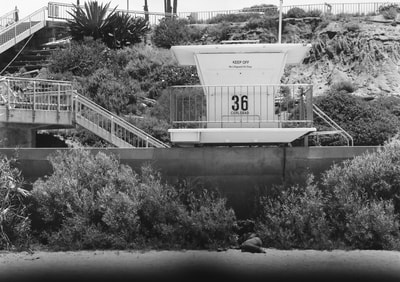 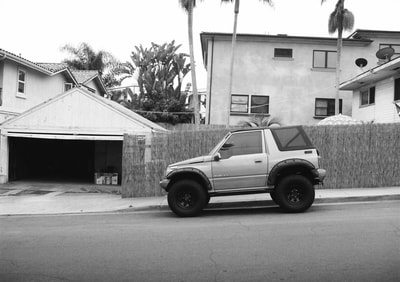 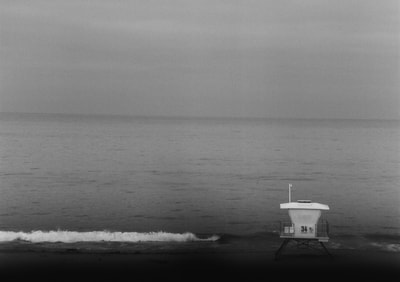 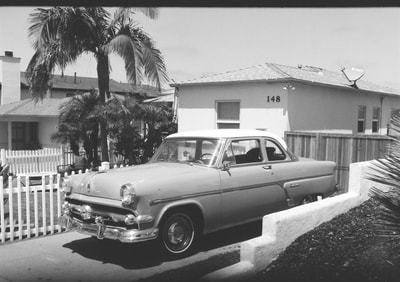 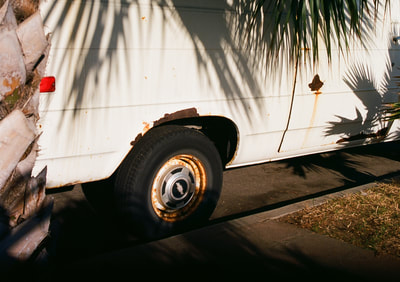 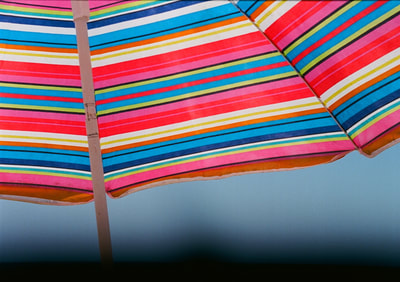 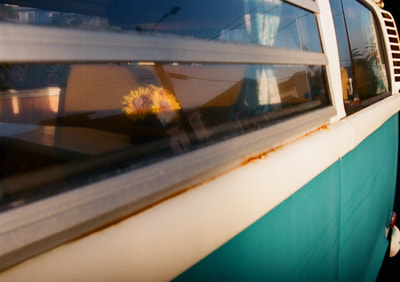 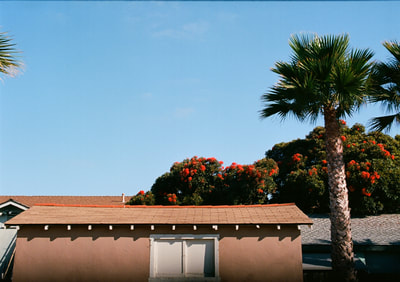 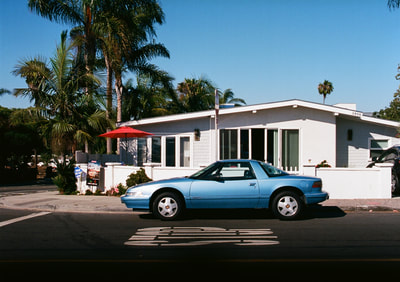 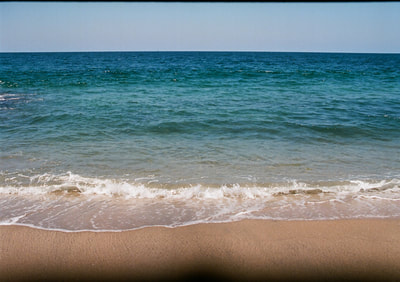