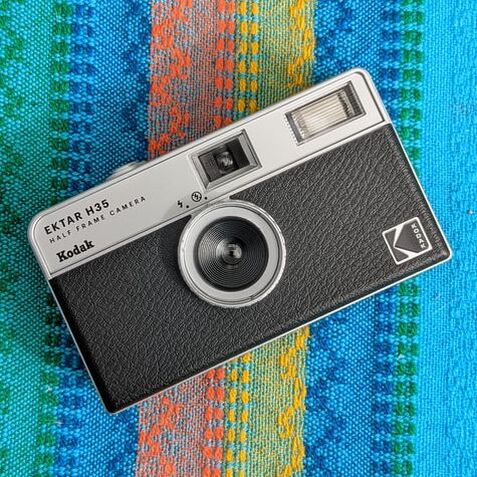 ​First, I want to thank the great people at RETO for sending me a copy of the Ektar H35 half frame camera to put through its paces in order to share the results with all of you. It's a beautiful little camera and I am so glad they decided to bring it to life.

The Ektar H35 is a lightweight plastic half frame film camera. It features 28mm plastic fixed focus lens with a fixed f/8 aperture and a fixed shutter speed of 1/100. There is even a flash, which I did not test on this go around, but would make it suitable for night shots and indoor action. While these may seem like limitations, they actually help you embrace creativity by forcing you to operate within a stricter set of confines which, ideally, help to spark spontaneous joy​. Besides the battery powered flash, this is a purely mechanical camera, making it a reliable companion for trips and travel.

​
The Good
​
There are not many cameras that can actually fit your pocket. I mean truly fit in your pocket and not weigh so much that they are constantly slapping around. The Olympus xa2 comes to mind as one of the few cameras that is truly pocketable and now so does the Ektar H35. This camera is pocketable with a capital P. It is small and it weighs nothing. Some people might find this off-putting; I find it refreshing. I stuffed it in my pocket on more than a few occasions and completely forgot it was there. Despite its light weight it feels like it's made out of fairly solid plastic. I wouldn't want to run over with a car or even a bike for that matter, but I would feel comfortable dropping it from 3 ft on the concrete.
​
The lens, like the body is made of plastic, so this is decidedly a toy camera. I like toy cameras because the are fun. The Ektar H35 is spiritually closer to Lomo LCA or Holga then an Olympus Pen f or even a Canon Demi. I think approaching the photography with that mindset makes you realize that this is actually quite a nice camera for a multitude of purposes. The images are pretty sharp, with a nice pop and decent depth of field.   You can see from the example images that the lens is capable of getting fairly intense contrast and saturation. The tones of the shots depict a sunny beautiful place where I would want to be on vacation. Would I want to shoot portraits on it? Not really. Is it perfect to bring to the beach and take a couple snapshots? Hell yes! Would I bring it on a backpacking trip? Absolutely! How about an extended holiday? Sure thing.

​The Images
​
All of these images were shot on either Kodak Pro Image 100 or Ilford Fp4, developed and scanned at my local lab, which happens to be one of the best in the world, North Coast Photographic Services.

I do wish I would have tried a little faster film. F8 and 1/100 is perfect for most full full work on a summers day but as I mentioned above, does not work the best lower light situations. I am curious how 400 speed film would have handled both the sun and the lower light stuff. That is just another excuse to work more with this camera.
​ 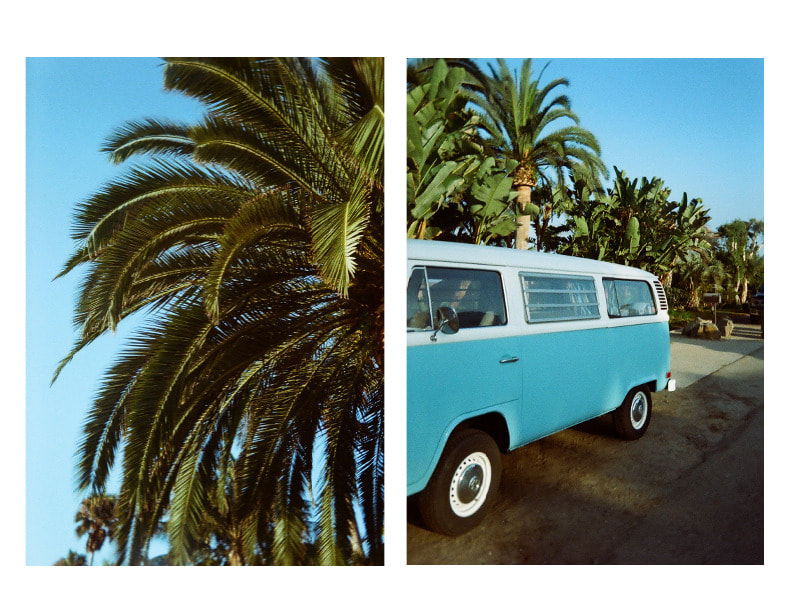 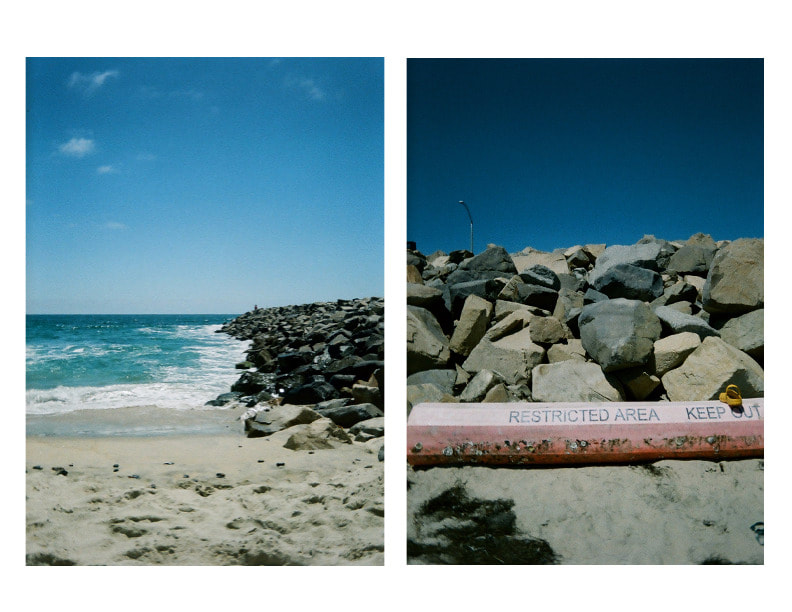 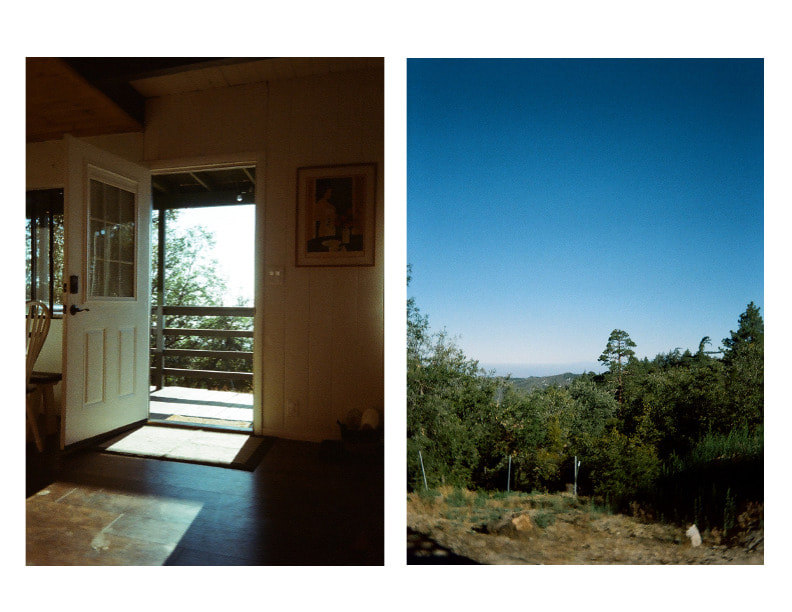 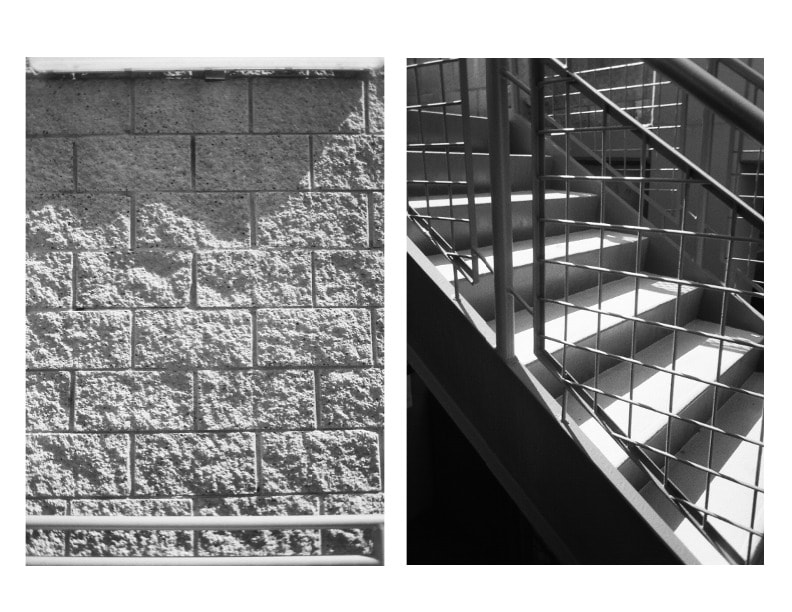 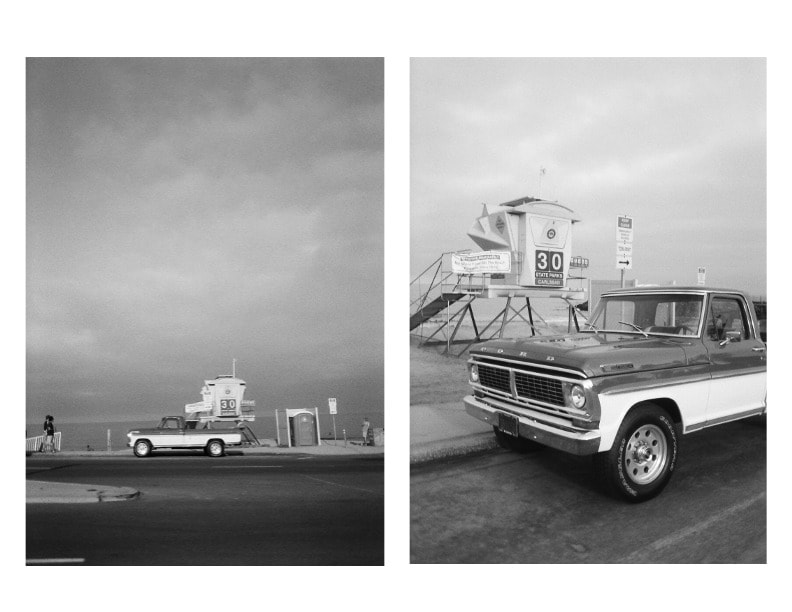 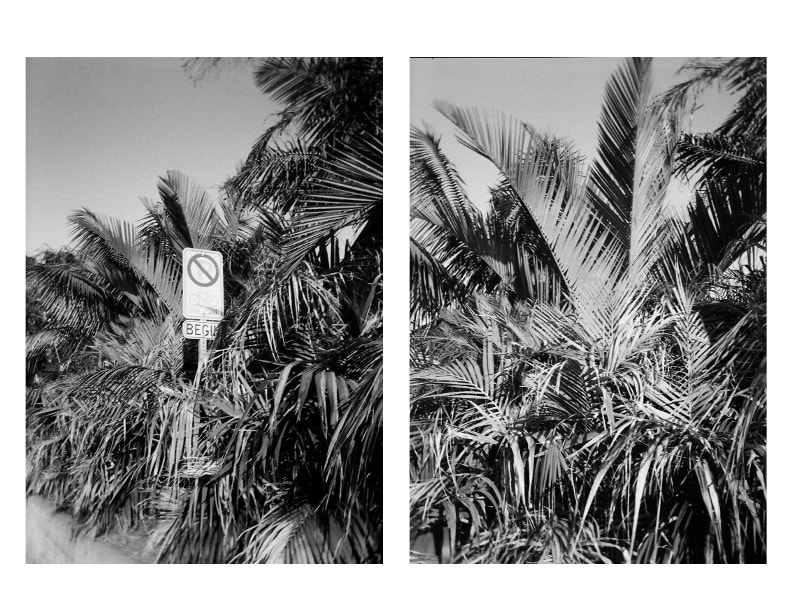 ​The not so good
​
- Image quality is a little soft and blurry toward the edges of the frame. Put your subject near the center. Look at the palms below.
- The viewfinder is neither especially pleasing nor especially accurate although after awhile I started shooting more from the hip anyway. If you look closely at the diptych with a palm tree and surfboards, I can assure you that that building  roof line was not in the viewfinder.
​ 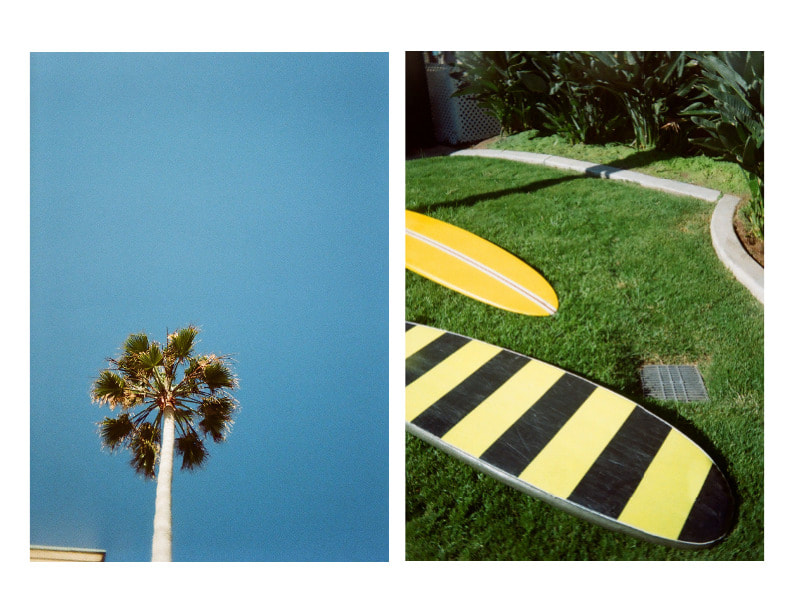 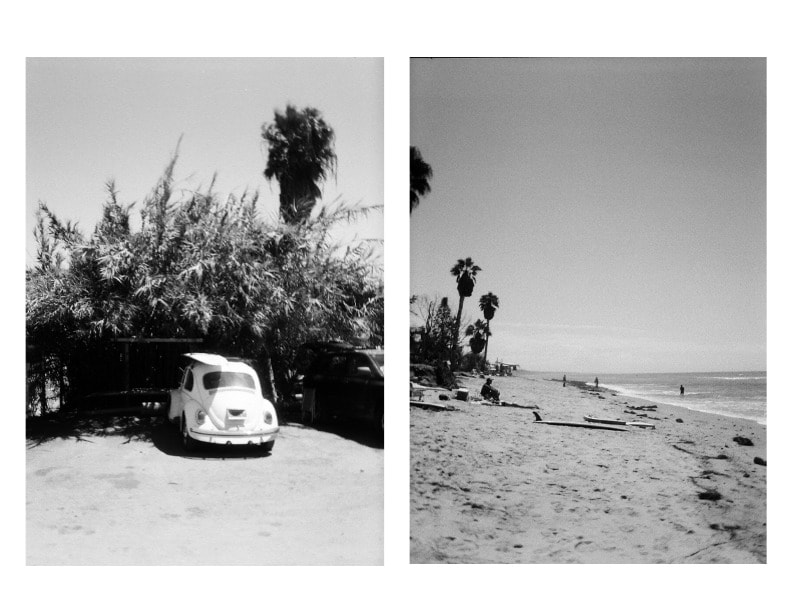 Would I recommend one? YES, despite its shortfalls. These are small sacrifices to make for a sturdy and seemingly reliable camera that can operate without batteries and fits in your pocket.  Not having to focus is a luxury. Not having to set the film speed is a luxury. A semi-decent point and shoot on par with many 80’s & 90s cameras, but has way fewer moving parts is a luxury.  It's may not be a serious photography tool, but it is seriously fun and in the right hands could be used to make some serious art.

Would I buy one? Yup. No brainer. You can buy one here.

Will I ever use it again? Absolutely, planning on bringing it to Chicago later this fall for some architectural work with faster film and to test out the flash.

What did I learn? Testing new cameras is always fun. It had been along time since I had shot any half frame stuff and I felt inspired to get out there and shoot with this camera. People always talk about a camera that gets out of the way of your images, this is an excellent example of such a camera.

Strange but true. I also recently got a Leica M3 and carried these two together in my bag for the last 2 months. There were numerous situations where I reached for the H35 instead of the Leica !?!? ( I am actually working on a review of that camera too, just to dispel some of the myths) 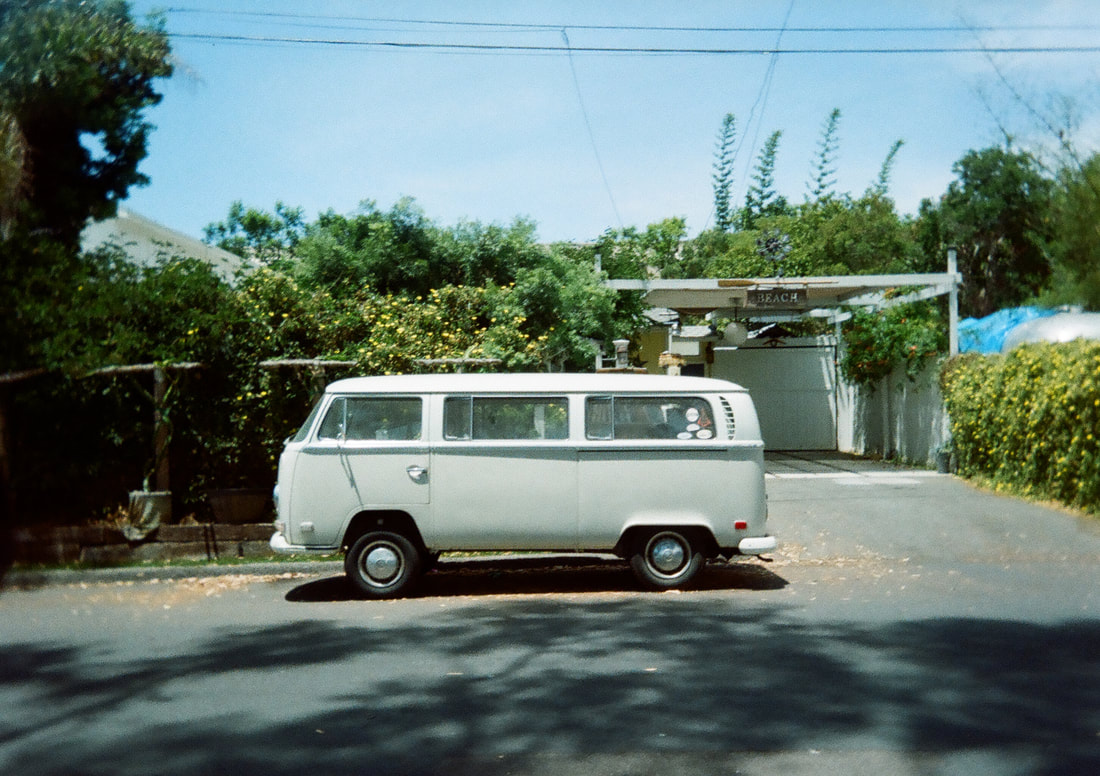