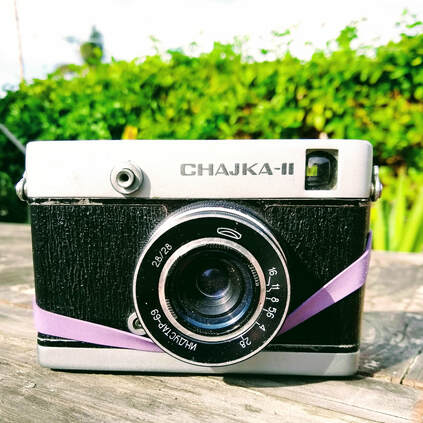 .Background
​This quirky little camera from the USSR ( USSR is actually stamped on the back of the camera) has been on my radar for a long time as one to try out. I am always looking for cameras that do not require any batteries to operate and have full manual functionality that fit in a small package. Traditionally the pen or pen s I did my go-to, but I wanted to try something a little different and this was on my list.

The Camera
​The Chaika2 to is definitely a little different... First off and has a removable m39 lens, the Indiustar 69, which is an awesome name. It's 28 mm with a maximum aperture of f 2.8  and a close focusing distance of 0.8 m. Leica thread mount user's maybe thinking “hey I'd like to try that lens” but it doesn't actually fit on many other m39 lens mount camera becuase of a difference in focussing distance. Some people actually use the lens to adapt to digital cameras and I am sure the folks over at Classic Lens Podcast and Photography with Classic lenses have some tips if you are interested in attempting such a feat
​
The lens has focus markers with the standard one person, three-person, mountain guide marks and includes a depth of field scale so you were able to accurately determine what will be in focus. One feature I love to see here would have been hard clicks at those spots so you can't reset your focus before stepping out to shoot. As a result I found myself frequently checking the focus before each shot because it would move slightly over time.

The Chaika II is a meterless, fully mechanical and it has a full complement of shutter speeds from B to 250 that are set with a wheel operated by the right thumb. At first blush, this seems a little awkward. Same goes for the shutter which is on the front of the camera and it's triggered with the right index finger. But these two combined worked quite well and I found the myself shooting very naturally after short period of time. It really feels great in the hand.

My biggest gripe with this camera however is not from any of these features but rather that the film back popped open numerous times for no apparent reason at all. Once I found it in my camera bag open, another time I set it down on the bedside table and it popped open. I came up with a cheap work around by attaching a heavy-duty rubber band around the back and mitigated this problem, but realistically half my shots were wasted because of this. 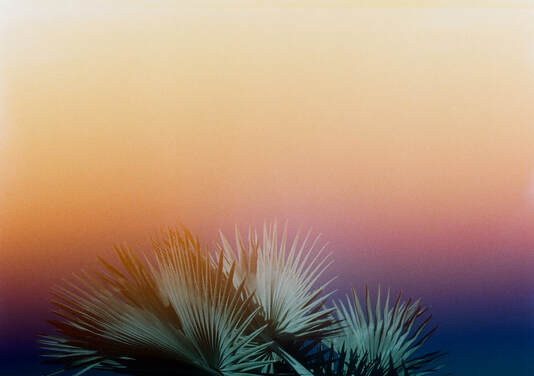 The Images
The images came back just fine, a bit soft and dreamy with some nicely muted colors but nothing to write home about. They have a very vintage aesthetic that could be harnessed for a project, but not ideal for general use. My favorite images of the whole roll is the one with the dramatic light leak in the palm tree that occurred after the film door blew open. The double exposed beach scene is kinda cool too. 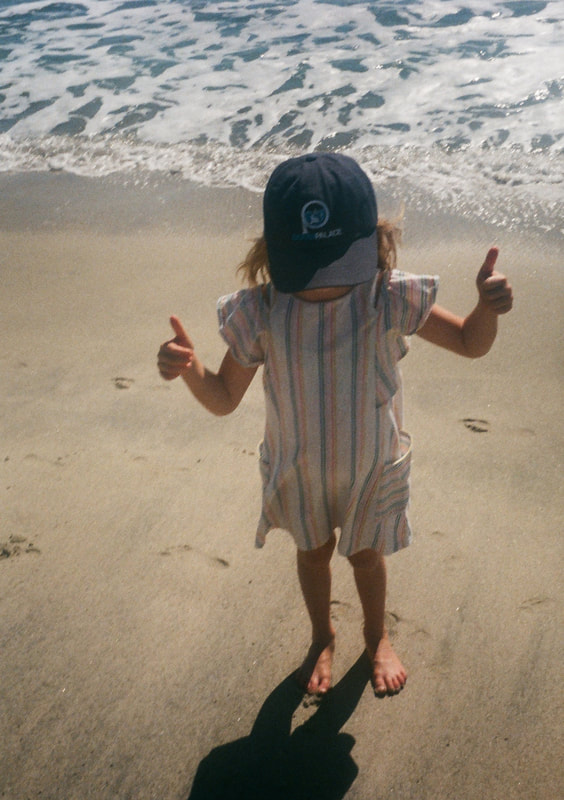 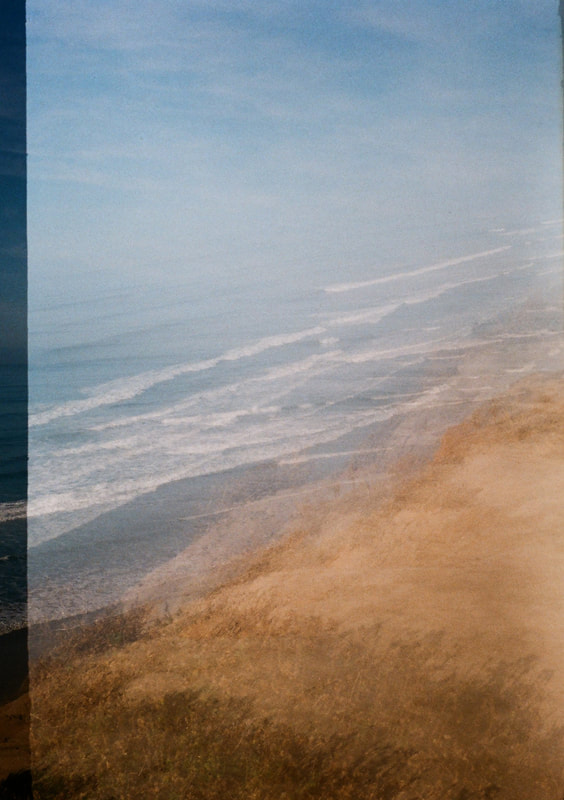 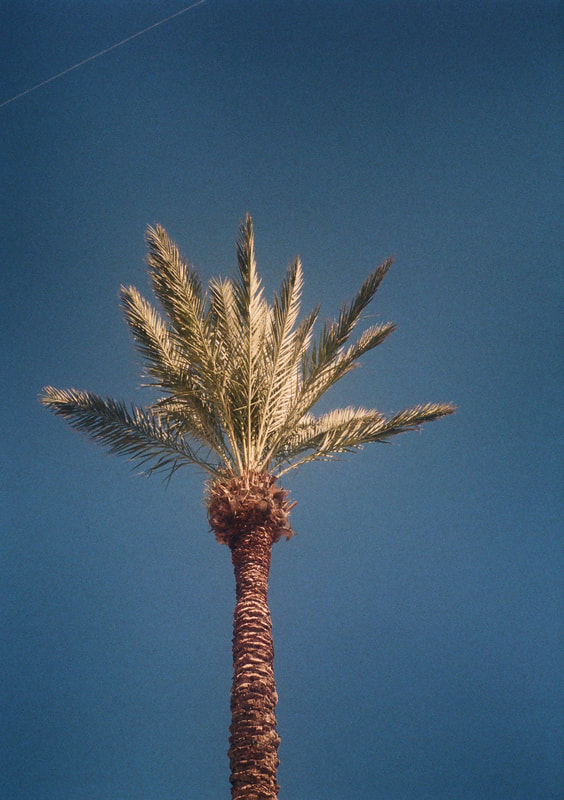 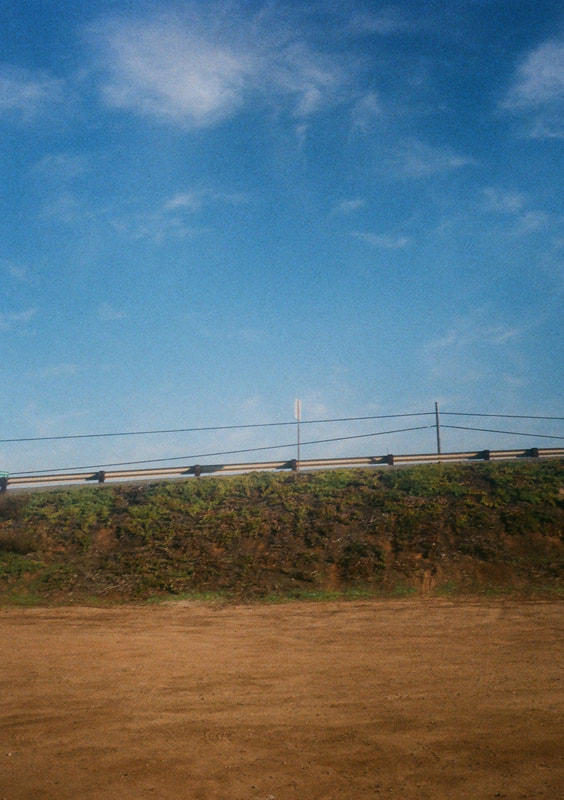 Conclusion
Would I recommend one? Tough to say. All in all to the camera was very easy to use, felt good ergonomically and was suitably compact but there are numerous other half frame cameras I would prefer to use day in, day out.

Would I buy one? Again tough to say. They are cheap, plentiful and can afford the user a great deal of experimental and creative control. I would have liked this one alot more if the door didn’t pop open so much.

Will I ever use it again? Probably not with color film, but I do plan on running a roll of Kosmo 100 thru it on an overcast day to see what kind of images I can come up with. I expect the soft muted quality of the lense will pair nicely with the grain and tonal range of that film ( or other similar B&W films). I also think it would be cool to shoot a series of B & W portraits with this camera.

What did I learn? Testing new cameras is fun, especially if you are trying to nail down a certain aesthetic. But if you are counting on some decent images, a new camera may be more of a hindrance. I brought this camera on a trip to Mexico and definitely lost some memories because of the film door.

Would YOU like to try one out ? I am trying something new at Half Frame Club...Camera rentals! I have a acquired a small fleet of interesting half frame cameras and will start renting them out across the USA in Jan 2019. Drop me a line below to join the interest list...